3D Golden Warrior_xFree - The Next dimension of mobile phone game has arrived with 3D Golden Warrior. Blue Sphere Games brings you the first in it’s series of 3D titles for your mobile phone. Sharpen your sword, don your armour and enter the terror filled world of the would-be Golden Warrior. The game sees the player in the role of “Aureus”, who has witnessed the destruction of his homeland by the evil necromancer, Plumbeus. He must retrieve the Golden Armour and Sword to have any chance of defeating the wizard and so he must enter the Caverns of Doom to retrieve them.The caverns are rendered in full 3D with numerous objects and creatures to interact with. Combat is real time and reaction based, meaning your sword blow must land on the creature in question to do any damage. 3D Golden Warrior takes mobile Java gaming to a new height. Will you reach the centre of the maze and recover the fabled Sword and Armour of Gold, or will you die like all those before you? Play this game and find out! 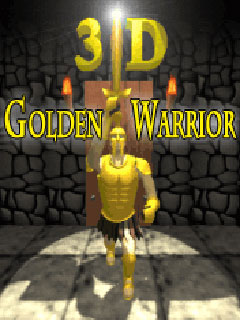 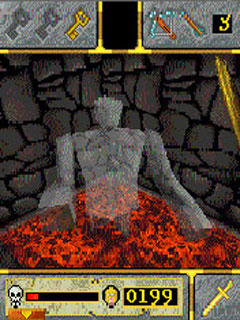 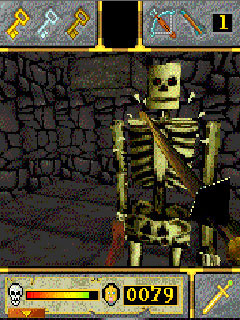