3D Air Burster - In the year 2095, the Swiftness Enterprises has just announced the first championship for airomobile cars. Their drivers, called airbursters, are all strongly motivated and will fight against you to win the championship. Will you become part of history? The player chooses one out of the eight available drivers and he competes against other three drivers on one of the four available tracks. Be careful not to touch your opponents, or your shield will decrease which will affect the performance of your car. At the end of the race the first three drivers will receive Charisma points: Collect as many Charisma points as possible and be able to unlock new faster drivers. 4 different sceneries. 16 drivers, each one with his own profile. Rich and detailed real 3d graphic for an exciting experience! 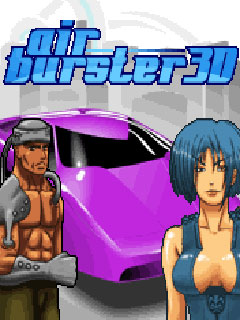 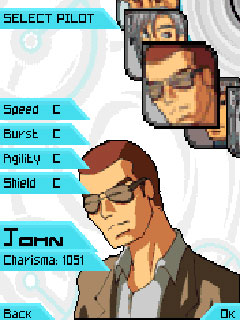 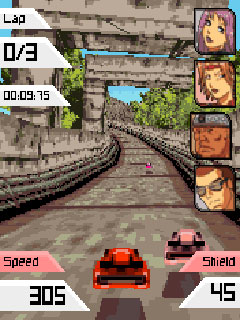